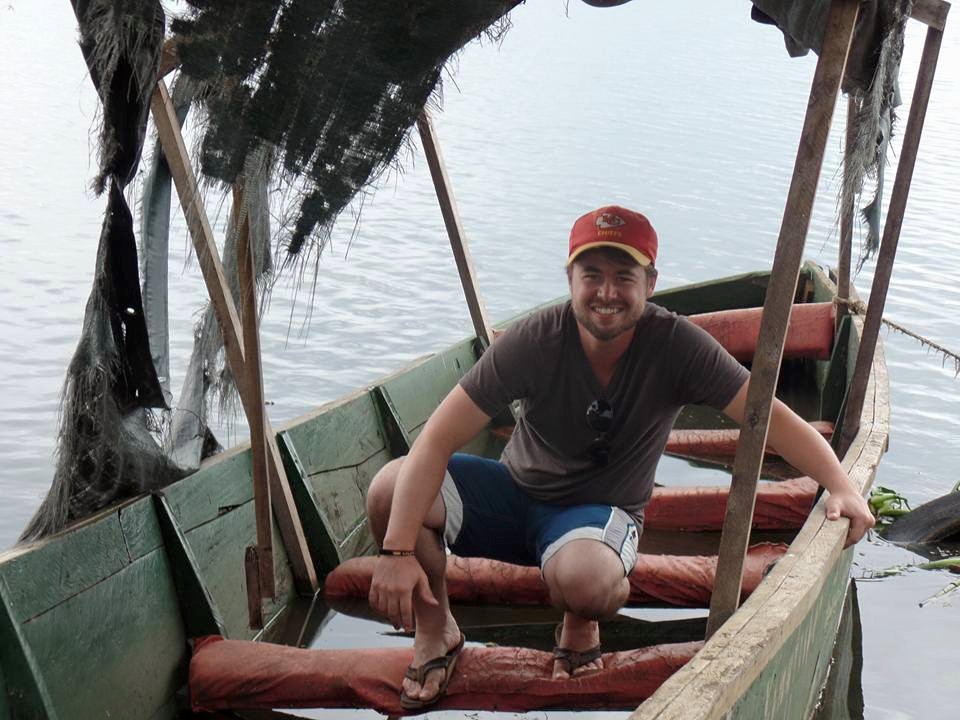 Let me introduce myself,

I was raised just outside of Lincoln, Nebraska in a family of 8 kids. I used to watch my dad play the guitar as a kid and I fell in love with classics like the Eagles, John Denver, Joni Mitchell and the Nitty Gritty Dirt Band.

When I was 9, my brother won a harmonica at a county fair and gave it to me. I took it with my everywhere for a couple of months and would play it every day.

When I was 10, I bought a guitar at a garage sale for $15 and I became obsessed with it – playing 6-7 hours a day until my fingers bled.

When I was 11, my older siblings started playing the violin, so I joined in. After 4 months of classical violin lessons and feeling contained by all of the structure, I realized that it was much easier for me to learn by ear and I started teaching myself fiddle.

When I was 12, my family and I were jamming in our living room and our neighbor came over to watch. She invited us to play at a local Methodist church for a “mother/daughter tea”. We spent the next 6 weeks practicing almost every night and performed our very first concert in the Spring of 2000. That concert led to more invitations to play and in August of 2000 we bought a bus, my dad quit his job and we launched into music full-time.

After about a year, our tours began to have more structure and we started playing bigger venues and we were visiting both coasts every year. We lived on nothing but free-will offerings.

When I was 15, my brother went off to college, leaving me to learn the Banjo, sing bass harmonies and help drive the bus. I also became a leader in arranging songs and writing parts for my siblings to play, increasing my musical scope to now include Cello, Piano, Bass and Mandolin.

After a couple of years, I had experienced 49 states, played on 3 cruise ships and taken tours through Mexico and Canada. We were now averaging 180 concerts per year and I expanded my musical taste to include Jazz and Rock and I recorded my first demo that included 5 original songs.

When I was 17, I was working back stage at a large youth event, and I gave my demo to one of the headlining artists who happened to also be a producer. A couple of months later, I got a callback and he invited me to come to LA to record a full-length album. I spent the next 6 months flying back and forth to LA. I was able to work with Lenny Kravitz bass player, as well as Dave Barnes’ drummer to create a 12 song album called “Fade”.

The album sold well and I was now experiencing a little radio play and getting offers from record companies. I entered one of my songs into a competition and I got into the top 5 of thousands of entries which gave me the opportunity to play at a music festival with over 30,000 people.

I continued to tour with my family and with my own projects until the Spring of 2012 when my family disbanded due to most of them getting married and pursuing other careers.

In 2013, I moved to Colorado to get a fresh start and start a new adventure. I kept touring and playing, but I was in desperate need of new music. Finally, at the start of 2014 I had reached rock bottom, going over a week eating nothing but pancake mix and I was forced to get a job that would restrict me from being able to tour.

I spent the next 2 years building a career in Web Development so that I could have a way to work remotely to pay the bills and still be able to tour. My web development career took off and in the Spring of 2016 I was able to quit my job and work entirely from home. I spent 10 days in Africa and 7 weeks backpacking Europe, all while working as a developer.

I’m now in the process of rebuilding my music career and creating a new album.

While the journey hasn’t looked at all like I imagined, I am so thankful for where I am today and I feel as if the music that I am creating now has more depth that it ever has before. When music doesn’t have to pay the bills, it becomes free to be birthed out of genuine passion as opposed to necessity. Songs become written in a purer art form when they don’t necessarily have to be successful.

I hope you enjoy the next phase of my musical career and stay in touch!