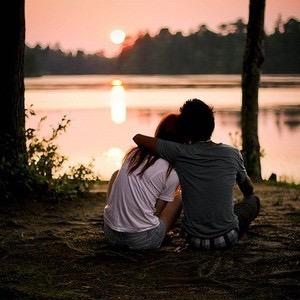 One of the most common things I see on social media, is a plea from a girl for a certain type of man that she’s looking for. “Find a man who will do this or that for you” with perfectly framed snapshots of a couple on a swing, or a cute wedding scene, or a 40 year anniversary to depict that there is this utopia in a romantic sort and that most of it lies in this idea that you “just need to find the right guy”.

I support that. I am in no way against women being selective and waiting for a guy who will treat them with respect and honor. I would want nothing less for my sisters, or a future daughter of mine (if that ever came to pass).

But from what I’ve noticed, there is far more involved in a romantic utopia, than simply “finding the right person”. You see, many times, the search isn’t half of the issue with a girl. The problem lies in what a woman will accept, and what a woman actually gravitates to, and that goes far deeper than whether a particular guy does cute things worthy of postcards. 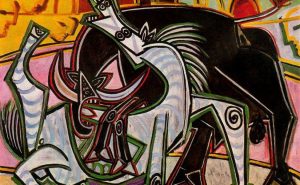 Picasso road the waves. Today I toured the Picasso art museum in Barcelona and I got to see the works of Picasso, from his self portrait when he was 15, up to his mosaic pieces later in life.

I saw that he went through phases, and was perfectly ok with that. His most popular paintings and the style he was eventually known by, wasn’t even birthed until later in his life.

There was a period of time where he only painted in blue. He was reading depressing books, and so he felt that blue was a color that was most melancholy and he painted everything in a blue palette.

There was a period of time, where he only copied another artist. He spent years copying someone else and every piece he painted was just a recreation.

He went through a phase where he only painted what he saw out of his balcony. He had a dove cote there, and he would just stare out his patio at the doves and paint…for years.

Often-times as an artist, I’m scared of waves. I have this impression, 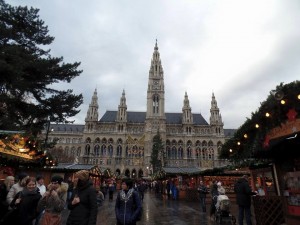 “We don’t mean to be rude, we’re just German”, she said, as she sipped coffee elegantly. She was Austrian, but used Germany and Austria interchangeably, allowing me to jump to a conclusion that was supposed to be “common knowledge” – Austrians and Germans are closely associated.

On my way there, I was initially worried. I had reached out through Air B&B and her responses had been short and devoid of any pleasantries. I would say something like “I’m excited to visit Vienna” and she would reply with “What time will you be here?”.

Despite that, I was eating a gourmet breakfast on a tray in her living room, sipping strong coffee and I had, only moments ago taken a shower where she had purchased masculine smelling shampoo and body wash just for me. She was treating me like her son, and I felt taken care of.

After I made the Austrian/German connection, I now had a brand new context with which to picture the people here. My grandpa is named Ivan, and my memories throughout the years have been of a stern, disciplined, quiet, but incredibly polite man. He was the kind of man who lived in the highest form of integrity with his neighbors.

I was in Munich a few days ago. I arrived at noon, and I had 10 hours to kill before my bus arrived. I was exhausted because I had slept merely 3 hours the night before, and I was emotionally drained because I had just dropped my brother off at the airport and he had been my travel companion for 4 weeks. I looked at my bank account and found it to be in the negative. Shocked, I found out that I had rented a car the day before, and the rental car company had put out a mandatory deposit that was big enough to entirely drain my bank account, and it’d be at least a few days before I would be seeing that money again. Additionally, my phone was rapidly dying and, while the bus stop had various shops like a McDonalds and a coffee shop, I couldn’t seem to find a power outlet anywhere.

After walking the streets in Munich for an hour in search of a coffee shop to no avail, I finally came back to the bus station and began searching until, to my delight, I found a spare outlet in a lounge area of a small produce store.