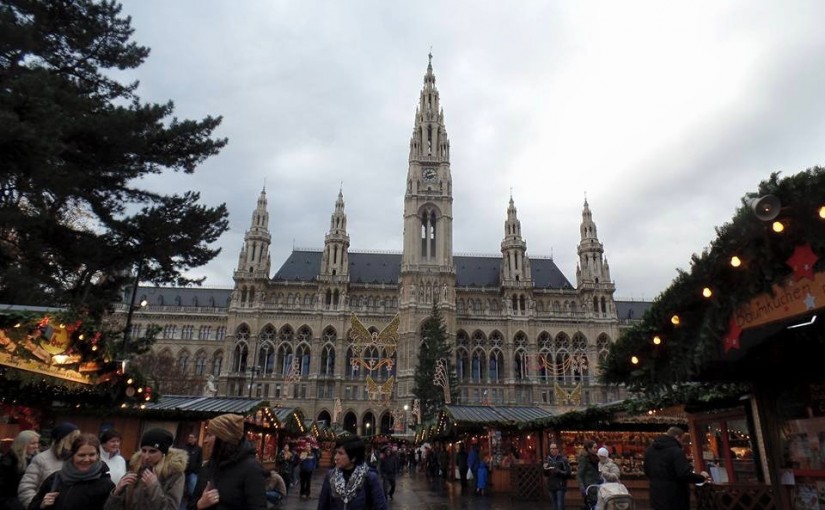 “We don’t mean to be rude, we’re just German”, she said, as she sipped coffee elegantly. She was Austrian, but used Germany and Austria interchangeably, allowing me to jump to a conclusion that was supposed to be “common knowledge” – Austrians and Germans are closely associated.

On my way there, I was initially worried. I had reached out through Air B&B and her responses had been short and devoid of any pleasantries. I would say something like “I’m excited to visit Vienna” and she would reply with “What time will you be here?”.

Despite that, I was eating a gourmet breakfast on a tray in her living room, sipping strong coffee and I had, only moments ago taken a shower where she had purchased masculine smelling shampoo and body wash just for me. She was treating me like her son, and I felt taken care of.

After I made the Austrian/German connection, I now had a brand new context with which to picture the people here. My grandpa is named Ivan, and my memories throughout the years have been of a stern, disciplined, quiet, but incredibly polite man. He was the kind of man who lived in the highest form of integrity with his neighbors. He would either drive the speed limit, or 5 MPH under, but never over. When he was at home, he would command that food be made, and his wife would jump to it. He was an engineer, and surrounded himself with the principles of logic, math and mechanics. This is my German grandpa, and once I could make the connection, my interactions changed dramatically.

“When I was a child”, she said, “I learned a lot about World War I, but I didn’t learn a thing about World War II”. Fascinated, I realized that the shame of it all had caused teachers in Austria to act like it never happened. I had just walked by famous locations; places where Hitler had spoke, coffee shops where Hitler had presided. Vienna was a huge history book, with page after page turning as I walked the streets. It was surreal to think that a madman managed to take control of this place, and I kept trying to understand how.

I approach a crosswalk in Vienna to find a crowd of people on my side of the street, and a crowd of people on the other. The strange part to me, was that there wasn’t a car to be seen in either direction, and yet these two crowds stood, transfixed on the glowing red pedestrian sign across from them, watching…waiting.

I began walking across the street without hesitation, and I watched the looks on everyone’s faces. They would furrow their brow at me briefly, and keep waiting for that glowing red pedestrian to give them permission.

In many instances, I was the only one who would cross the street.

Austrians – Systematic, efficient, rule abiding and pleasant. I began to realize, that with every great strength, it has the potential to be utterly abused.

Recently, Hungary closed it’s borders to the Syrian refugees. The poor refugees had no where to go, and Austria and Germany opened their borders to them. They were nearly overrun with hundreds of thousands of people, fleeing war. It was strange for me to realize, that 70 years ago, hundreds of thousands of people fled FROM Germany, and now Germany is one of the few places were people can flee TO. One more assurance that all terrible things are simply a crude distortion of something wonderful.

Heritage is more than a name, I believe. I think there is something running through the blood; through the DNA of different groups of people. This polite, principled group of people had to have been a similar group in 1939. I imagined their “do right by your neighbors” mentality and their structured existence back when the excitement of an industrial revolution had changed the lives of so many. And then I imagined a seismic shift in it all.

I haven’t read near enough history of Vienna to know for sure, but in my mind, a charismatic leader preyed on the fact that there were far more people abiding by the system, than there were those questioning it. There were too many people with dutiful faith in the order of hierarchy, than there were those who might defy it. Combine that with a systematic, engineering bent, and it truly was the perfect springboard for a near world takeover.

It was the most hospitable place I went to. Everyone was polite and seemed willing to help their fellow man. They worked hard and I never had the feeling that anyone was trying to sleight me. Standing at the stoplight, staring at the red pedestrian, I let myself wait. I stood in the crowd on one side of the street and felt the strange calm of letting that red and green glowing pedestrian decide my course, and for a second, it felt good. Life seemed simpler. The pedestrian blinked green and in an instant, I was back to plotting my course through Vienna and that brief moment of serenity was nothing more than a memory.